Documentary Review: The Man Who Tried to Feed the World 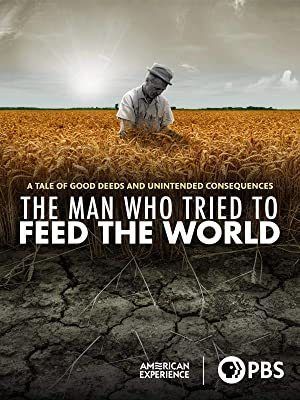 This is a PBS documentary about the 1970 Pulitzer Prize Winner, Norman Borlaug.  It shares his life as the son of Norwegian immigrants who settled in NE Iowa on a 100-acre farm in 1914.   His early days were occupied working long hours on the farm.  Norman gained some freedom from farm work with Ford’s building of a small tractor which his family acquired in the early 1920’s.

After surviving the Great Depression, Norman left the farm in 1933 and moved to Minneapolis hoping to receive a scholarship to college. He entered college majoring in Forestry and later in Plant Pathology.  He became aware of hungry people when commodity prices plummeted and saw how hunger changed people.  When war broke out, he felt it was somewhat about food. Adding to his concerns was the prosperity of the 1940’s which brought social unrest.

After getting his PHD in plant pathology he worked for Dupont Chemical.  In 1944 he headed south to Mexico to work for the Rockefeller Foundation with a goal of eradicating stem rust which plagued the area’s wheat crops.  He was haunted by the malnourished people he saw.  He worked diligently to develop seed that would resist stem rust.  After many failed attempts and years of experimentation, he succeeded.  There was a complication with this success, however, because the new crops required an unprecedented amount of chemical fertilizer and huge amounts of water. This changed world markets and influenced water levels in the world.  World trade changed after U.S. wheat surpluses were no longer in demand from Mexico and India and Pakistan engaged in the new farming practices.

This new process dramatically changed farming and culture in Mexico.  There was a migration of people to the cities since there was no longer need for them to farm the land. As populations around the world increased, the need to “feed the world” became a greater obsession and a driving force for Borlaug.

As the title suggests, for every action there is an equal and opposition reaction.  The documentary reminded me that everything we do carries responsibility. As with Borlaug, even good intentions are not without consequences, yet he is credited with saving the lives of millions of people.