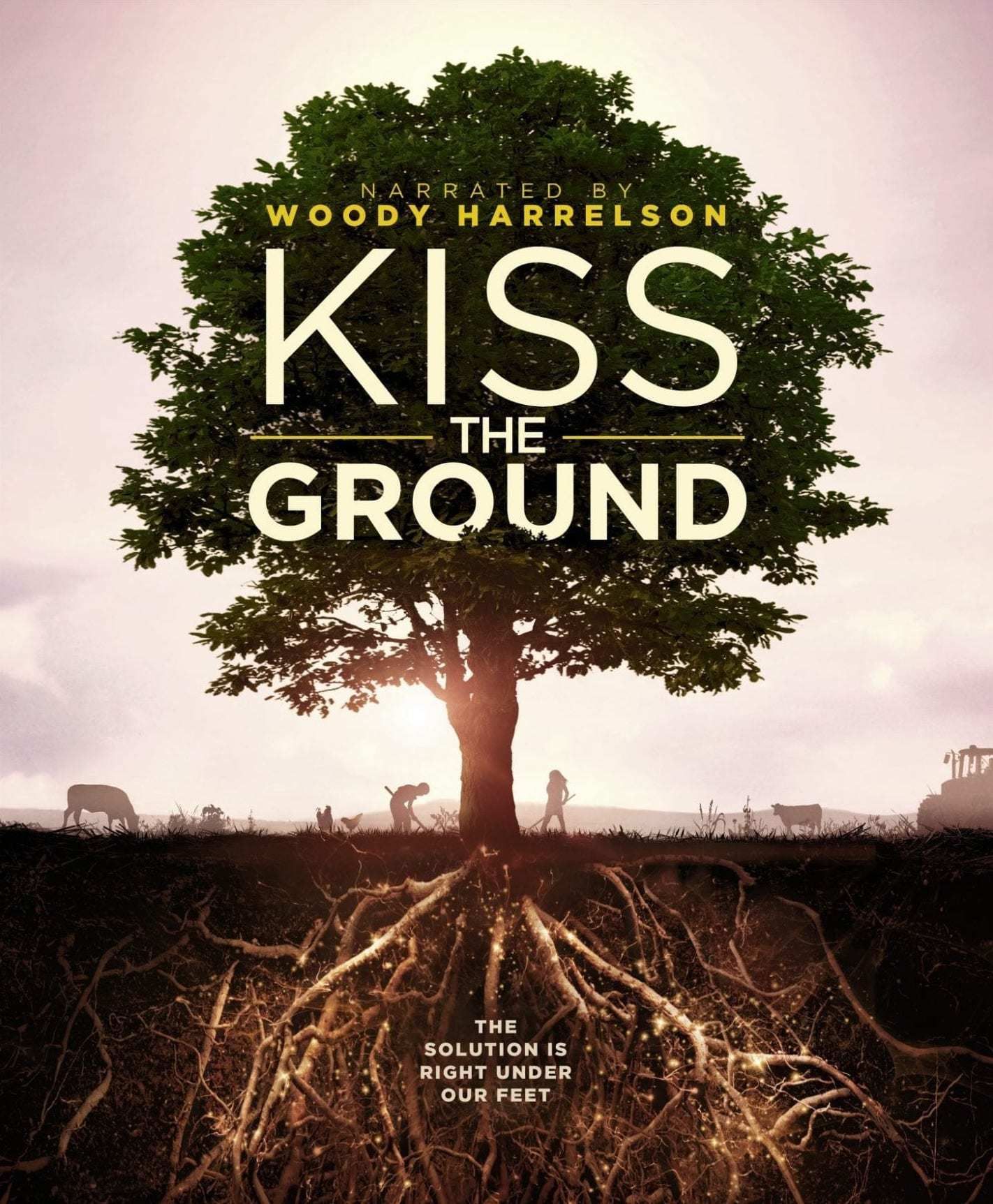 With the way things in 2020 have been going it can be hard to keep a positive outlook, so when this new documentary I was watching opened with narrator Woody Harrelson saying, “There’s so much bad news about our planet, it’s so overwhelming, the fear that we are headed for a cliff puts most of us into a state of paralysis.  The truth is, I’ve given up, and odds are, so have you… but what if there was another path?” I found myself nodding in agreement, “Yes, Woody Harrelson, I am overwhelmed and sometimes feel like there’s nothing I can do that makes a difference.  Please tell me of this ‘other path’ of which you speak…”

And so begins “Kiss the Ground,” a new documentary by Big Pictures Ranch.  It focuses on the movement towards regenerative agriculture and the benefits that come from sequestering carbon in the soil.  It is a simple answer, as Conservation Agronomist Ray Archuleta says, “When we learn how the soil works, we can learn to farm like nature does.”

The film begins by presenting the problem at hand: our topsoil is going away, due to erosion caused by tillage, which weakens the soil, leading to the need for more synthetic sprays.  It explains the science of carbon – in essence that plants pull carbon out of the atmosphere and send it to their roots where it is sequestered in the soil.

One of the most compelling parts of the film is the story of Gabe Brown, a North Dakota rancher who out of necessity (after a number of years of failing crops due to hail and drought, he literally could not afford the inputs needed for conventional agriculture) began shifting his methods to those of regenerative agriculture.  Brown said he asked himself, how did farmers do things before all these synthetics?  He began using a no-till drill, which keeps the soil covered when planting, which helps the soil absorb more water.  He also employs the use of cover crops.  The film says, “For every 1% of organic matter left on the land, it draws down 10 more tons of carbon per acre.”

The film goes on to share stories of people from all over the globe (California, Detroit, Haiti, and China) who are using the principles behind regenerative agriculture to make a difference in their communities.

After seeing all the different examples, the film leaves you with a sense of hope, that things *can* be done in a better way… that it is not too late, there are still things we can do to work to change things for the better, that by “harnessing the regenerative power of Earth itself,” we can turn the corner and affect positive change.

At the end of the film Woody Harrelson promises not to give up if we, the viewers, do the same.  We are left with the question, “What decisions are you making that will make a positive impact on this beautiful planet?”

“Kiss the Ground” is available to stream via Netflix, or you can rent a copy for $1 at www.kissthegroundmovie.com