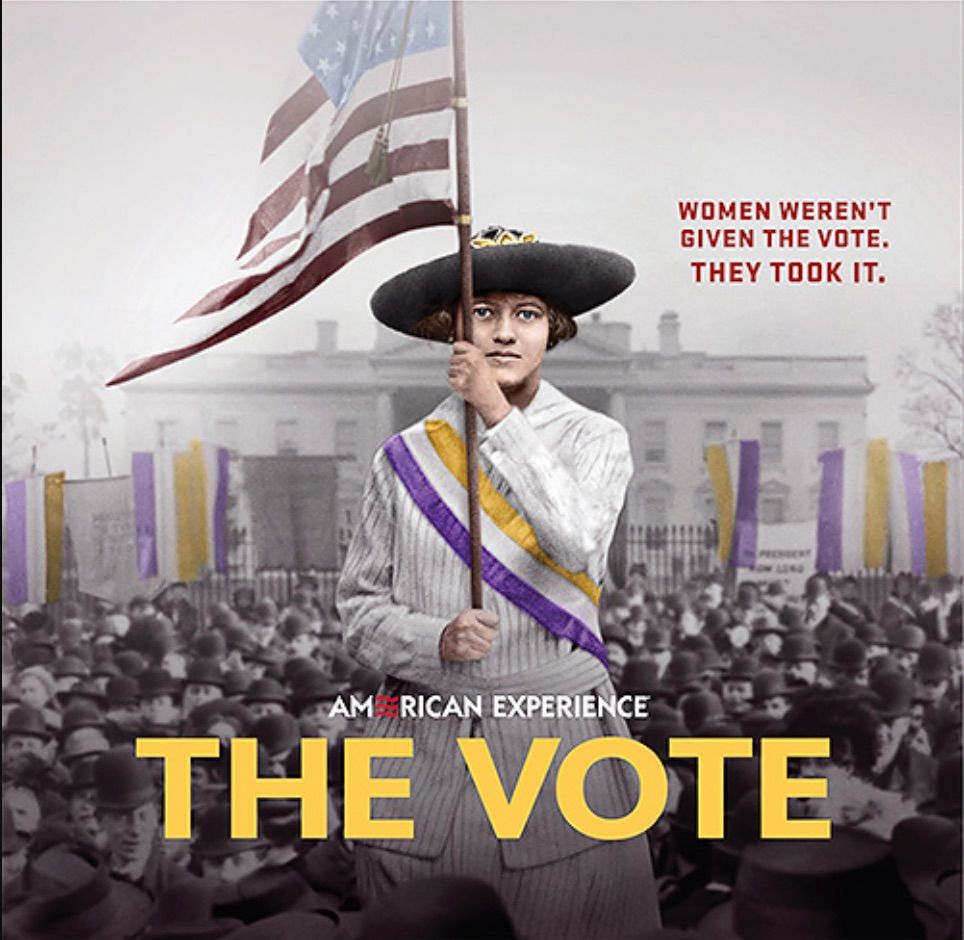 We, as Americans, have the privilege and responsibility to vote and influence the way we are governed. Whenever I remind myself that women in the United States have only been able to participate in this process for 100 years, I am, once again, taken aback by that reality.

The American Experience Series, produced by PBS, has a multi segment documentary called The Vote.  It chronicles suffrage in the United States and touches on the movement’s link to England.  It began in the 1840’s and continued over three quarters of a century.  With historical photographs, written documents, letters, and dialogue from experts, I was given the opportunity to travel with women who in many cases devoted their entire adult lives to this fight.  I learned a great deal as I viewed this documentary.  It was not a short account (remember, it covered the better part of a century) but it was so well done that I watched with great interest.

I was reminded that before this movement began, women had little experience, if any, in politics. They were home makers and mothers, who did not work outside the home. Very few women were unmarried.  Women had no legal standing, could not own land, and found the doors to universities closed to them.

The movement officially began in 1848 with the first public pronouncement lead by Elizabeth Cady Stanton in Seneca Falls, NY. Throughout the journey that followed, many factions formed, sometimes at odds with one another’s approach to gain voting rights.  The movement met opposition from  groups such as social conservatives who saw this as an unhealthy change in the social order, religious conservatives who believed this change went against the will of God, and the projected anxieties of some men imagining women’s lack of political experience to be detrimental and a threat to their power and authority.

The documentary also presents the links between suffrage, temperance, social reform and post-civil war rights. The time overlap of the various causes often stifled the progress of the suffrage movement.  Western states ratified voting rights early because the women’s vote was needed in sparsely populated states, while middle and eastern states struggled.  In 1910, after 64 years, 39 states had not yet passed any legislation.

The struggles, oppositions, fears, frustrations, sacrifices, victories, setbacks, vilifications that women experienced are revealed.  Women marched, preached, and cajoled to gain support for their cause. They asked the question “How can we be a democracy if half the nation can’t vote?”

The Vote reminded me of the hard-fought battle of women who did not give up until all women in 48 states had the legal right to vote. It reinforced not only the importance, but the obligation I have to exercise this right and the power I am afforded by it.